Kim van Zweeden rummages around antique markets and auctions in the Netherlands and abroad to find exceptional jewellery for her boutique. Read all about it in her blogs!

Throwback to my New Year’s Reception

A very personal collection of jewellery

End of an era! The iconic Spookslot, one of the well-known attractions in Dutch themepark the Efteling, is closing down for good after 44 years. As a child I was already fascinated with everything sparkly (pearls! coloured gemstones!), fairy tales (witches! castles!) and death (skulls! tombstones!). The Spookslot had it all. What a privilege to say goodbye to this haunted castle packed with nostalgic memories. A night with a silver lining.

During the closing night of the Spookslot, Saturday 3 September – Sunday 4 September, we payed our last tribute. An exclusive night for 2.000 top fans, including me. I was invited by Iris – customer of my boutique, loyal Efteling fan and Advent Calendar enthusiast – and I couldn’t be more thrilled and thankful. Together with loyal Efteling fan Annabel, who got the tickets in the first place, we had the time of our lives. At 3:30 am we walked into the dark park which was magically lit, surrounded by unearthly sounds and mysterious fog. On the Hartenhof, in front of Symbolica, a violin player surprised us with a live version of Danse macabre (1875, Saint-Saëns). Oh, the chill… Goosebumps all over!

Being followed by creepy monks holding candles and a bright white fairy on our walk through the Beukenbos via the Heksenpad, we made it to the Spookslot alive. Not a red carpet but a pitch-black carpet invited us to see the spooky show one last time. Fun fact: at the opening back in 1978, there was a similar black carpet. Of course, pictures had to be made! In the back, IJzige IJsbrand creeped up on us. He will be missed. Finally, we walked past the tombstones and stepped into Europe’s largest haunted castle. It was time to say goodbye. 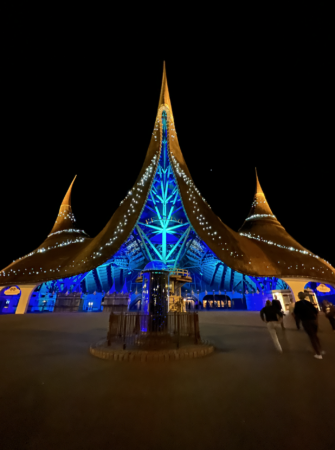 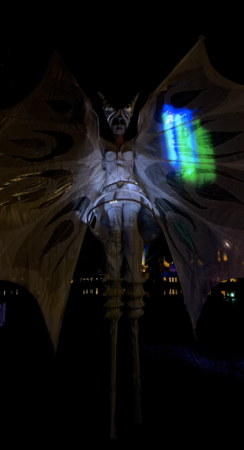 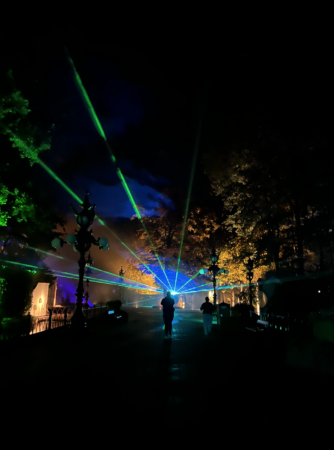 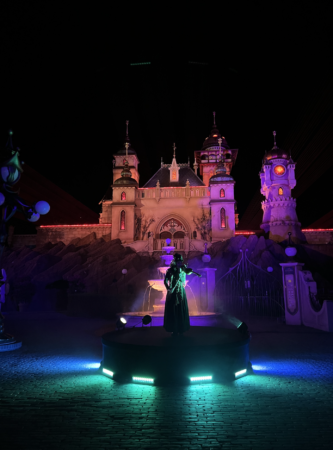 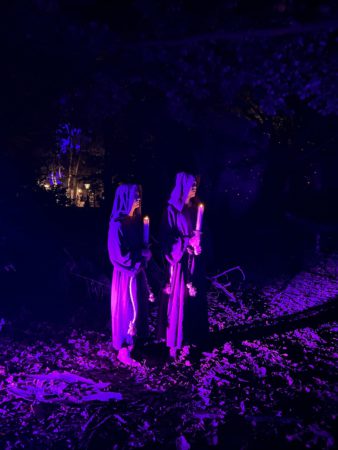 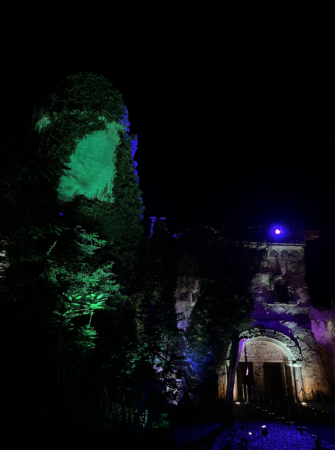 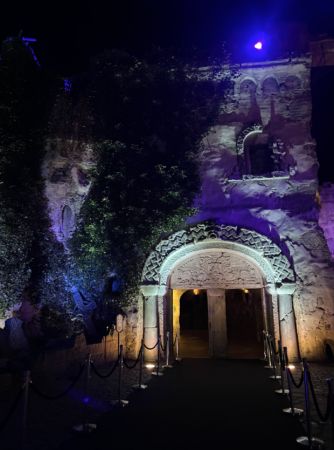 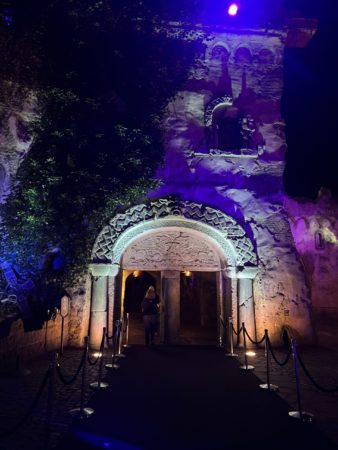 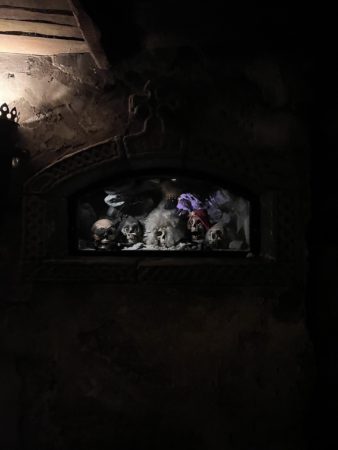 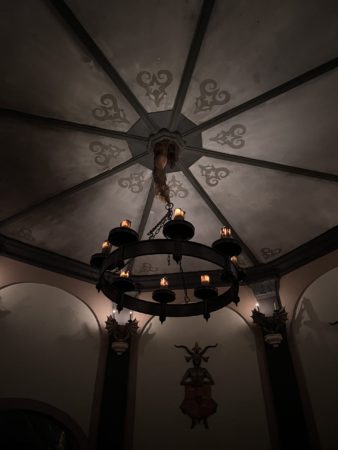 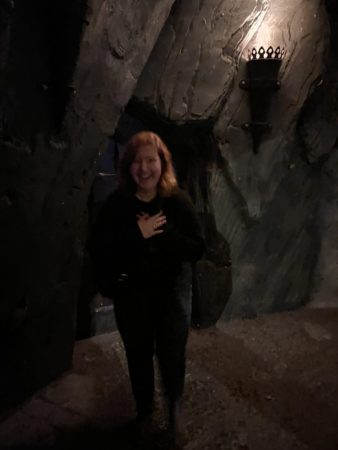 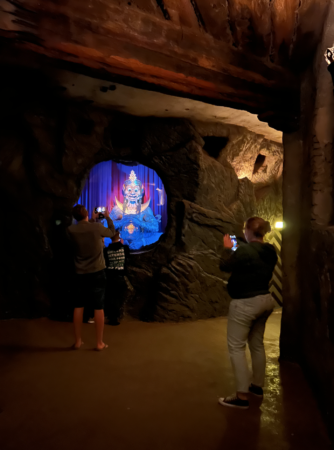 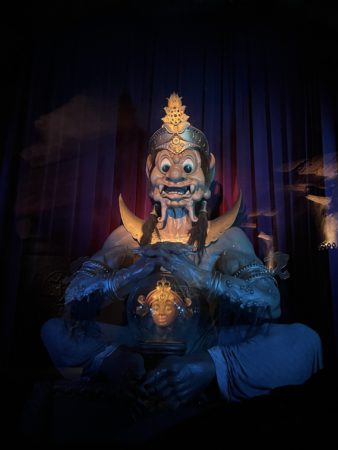 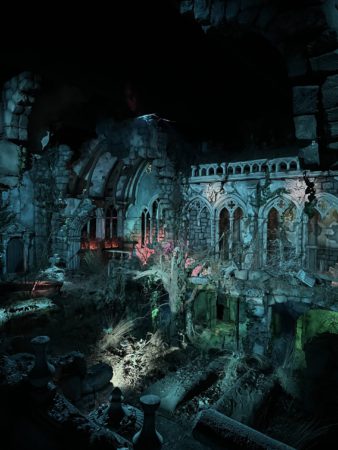 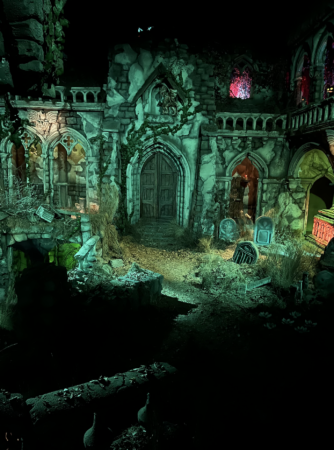 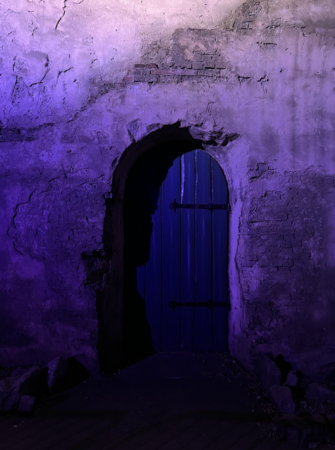 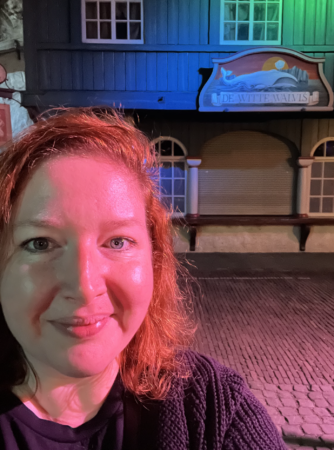 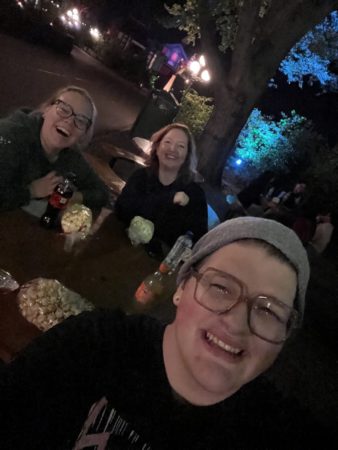 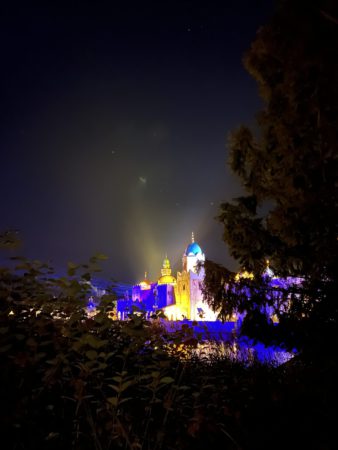 After visiting the final show, we were presented a newspaper called ‘Efteling Courant – Griezel editie’, filled with sinister and frightening stories. Only 2.000 copies were available. Such a lovely keepsake! We stayed near De Witte Walvis, eating popcorn and shared memories until the night slowly turned into morning. What a spectacular night it was. Something to treasure forever! Luckily, I was also able to get the first edition of the book ‘Spookslot – 4 jaar te gast bij de geesten’ and a glow in the dark stick pin (thanks, Iris!). If you’d like to purchase it as well, check out the Efteling website. They also shared some new Spookslot songs on Spotify and two amazing videos: behind the scenes with the makers and the official walkthrough registration. Did you know that famous singer and songwriter Kate Bush made several videos in the Efteling? Worth listening and watching! For a video registration of the farewell night, please check out my Instagram.

‘When the clock tower in the haunted castle chimes everything starts moving in a ghostly way. Behold this creepy scene in the dark and try not to be afraid…’

The attraction in the Efteling looked like the ruin of a Celtic castle. This former castle belonged to the fourth viscount of Capelle van Kaatsheuvel. He collected fairy tales and stories from around the world and was able to let flowers sing and walls dance with his magic. Unfortunately, the evil witch Visculamia wanted to steal his stories. On one faithful day, disguised as a young virgin, she tried to make her way into the castle but was caught by the gardener. Visculamia was sentenced to the stake in the east wing of the castle by three judges. In flames, she screamed out a curse, dooming the king to never find his last story: his daughter Esmeralda. Every time the water of the Maas rises, the enchanted crow strikes the clock at twelve o’clock. The corpse of the gardener who betrayed the witch dangles from a bell cord again and the viscount keeps on rushing after his daughter without ever finding her. As the flowers sing and the walls dance, none of them will find rest until the curse is broken.

Would you like to receive dazzling pictures and golden anecdotes?

Sign up for my jewellery newsletter and benefit from the early bird deals!